Dr André Vincent Henry is Director of the Cipriani College of Labour and Co-operative Studies since 1 March 2017.

As Director of the College, Dr. Henry is committed to steadfastly upholding the core commitment that informed founding; empowering working people and promoting social justice.

From 2001 until 2005 he was Director of the Programme for the Promotion of Management-Labour Cooperation (PROMALCO) at the International Labour Organization.

Before taking up the appointment at the ILO PROMALCO, Dr. Henry was Vice President, Trade and Industry at the Tourism and Industrial Development Company of Trinidad and Tobago Limited.  He has worked at the Institute of International Relations and the Centre for Ethnic Studies at the University of the West Indies.  He has also been attached to the United Nationals Economic Commission for Latin America and the Caribbean (UNELAC). He served as Special Adviser to the Minister of Labour and was a member of the Diplomatic Service of Trinidad and Tobago for ten years.

Dr. Henry holds a first degree in International Relations and a Masters in Government from the University of the West Indies, Mona and a Master of Philosophy and a Doctoral degree from the George Washington University, Washington D.C.

He was elected a Fellow of the World Academy of Productivity Professionals in 2010. 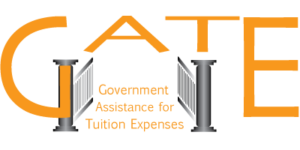 As the demand for knowledgeable workers on a national, regional and global level increases, CCLCS seeks to move its own employees to the level where staff can more effectively serve the needs of our core stakeholders. Our Students come to us with the expectation that their skills and knowledge will be enhanced to keep pace with the current challenges which they as workers must face. CCLCS is still developing, and in time hopes to assume regional leadership in the areas of its specialization.